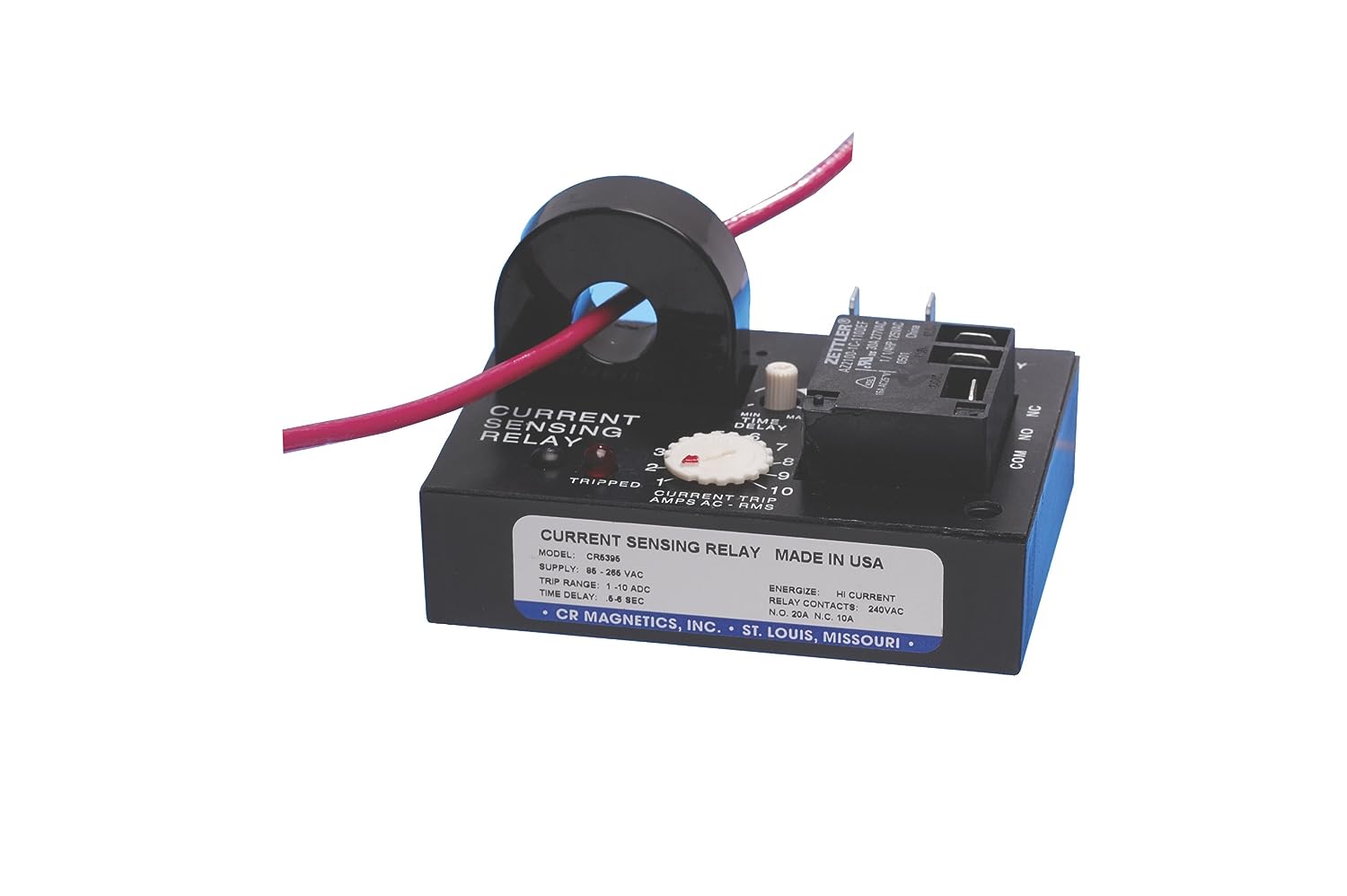 This CR Magnetics current sensing relay has an internal transformer, requires a supply voltage of 24VDC, and is used for monitoring electrical current in power supply applications. This current sensing relay has a window for routing the current-carrying wire and a calibrated dial for setting the trip point. An adjustable delay-on timer provides stability. When current levels rise above the adjusted set point, the relay is tripped and starts the timer. Once the timer cycles, the relay is energized and turns the output to full on. It has an internal transformer for scaling the current up or down and a voltage reference circuit that provides a repeatable trip point. This current sensing relay has an LED indicator that alerts the user when the relay is tripped and is suitable for monitoring electric heater elements, sensing motor over/under loads, detecting lamp burn-out and indicating phase-loss.